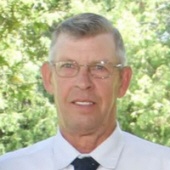 James Earl Buschke age 75, of Manawa, passed away Friday, July 16, 2021, following a brief battle with cancer. He was born in Clintonville Wisconsin on December 21, 1945, to Earl and Ethel (Lange) Buschke. On June 6, 1964, he was united in marriage to his high school sweetheart Jeanne Christianson and they were blessed with six children.

Jim was a loving and devoted husband to his wife of 57 years. A hard-working farmer his entire life, he worked side by side with Jeanne to work the farm but more importantly to raise their family. Jim was a supportive, generous and selfless father. His children, grandchildren and great-grandchildren meant the world to him. He was always ready to lend a helping hand whenever the request came in. Jim enjoyed hunting and fishing through the years and the only time Jim and Jeanne spent apart was his annual deer hunting weekend up north. His legacy will live on in the wonderful memories his family will hold in their hearts and also in the one-of-a-kind furnishings that he lovingly built. Jim never completely retired as he continued to work alongside his oldest son, Gregg, who has proudly taken over the family farm. Several of Jim’s grandchildren learned by his patient and gentle teaching how to work the farm. Jim was also known for his ability to fix just about anything.

He was preceded in death by his father, Earl, mother Ethel, father-in-law/mother-in-law Edward and Florence Nolan, and brother-in-law/sister-in-law Dan and Debbie Nolan.

The visitation will be held from 9:00-11:00 am Tuesday, July 20th, at Zion Lutheran Church Manawa, with the service to follow at 11:00 am. Pastor Vilas Mazemke will officiate. Burial will take place in the Symco Union Cemetery. In lieu of flowers, please consider a donation to Zion Lutheran Church.