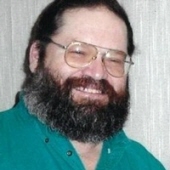 James Biadasz, age 64 of Seymour, formerly of Manawa and Marion, passed away on Tuesday, March 6, 2018 after a brief battle with gastric cancer. Jim was born on April 22, 1953 to Barney and Evelyn (Herek) Biadasz. He graduated in 1971 from Little Wolf High School in Manawa. On May 11, 1974 he married Brenda Downs. They ran a dairy farm for 20 years. For the past 17 years, Jim was a milk truck hauler for Keith Olmsted & Sons Trucking. Jim is survived by his wife, Brenda; sister, Theresa Huebner; brother, Marvin (JoEllen) Biadasz; sisters-in-law, Nita (Jerry) Reha-Johnson, Phyllis Lider, Becky (Kim) Peterson, Melissa (Ron) Winters; brother-in-law, Mike (Kerry) Reese and Godchildren, Christina Hildebrand, Erin Lowney and Tom Handrich. He is further survived by numerous nieces, nephews, aunts, uncles, cousins and many friends. Jim was preceded in death by his parents; Brenda’s parents, Gillius and Lillian Reese; brothers-in-law, Allin Huebner, Gary Reese and Paul (Maddie) Reese. A memorial service for Jim will be held ay 12:00 noon on Saturday, March 10, 2018 at Cline Hanson Dahlke Funeral Home in Manawa. Rev. Greg Watling will be officiating. A gathering of family and friends will take place from 10:00 a.m. until the time of the service. The family wishes to thank Unity Hospice for their care and concern for Jim.

To order memorial trees or send flowers to the family in memory of James Biadasz, please visit our flower store.