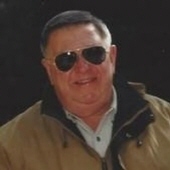 James A. Taylor (Jim), age 76, of Weyauwega, Wisconsin, passed away peacefully in his sleep on Saturday March 24, 2018. Jim was born April 7, 1941 in Marshfield, Wisconsin the only child of Lowell (Abe) and Phyllis (Mess) Taylor. The family moved to Weyauwega in 1942. While attending elementary school, Jim was certified as an Eagle Scout with Troup 21 of Weyauwega in 1954. He graduated from Weyauwega High School in 1959 and went on to UW Madison, graduating in 1963.

After graduating from UW Madison, Jim’s patriotism and love for his country lead him to apply for a commission in the Naval Officers School. Graduating as an Ensign, he then attended Naval Communications Officer’s School. He was assigned to the USS Wright, a Naval Communications Ship. Upon being released from active duty in 1966, Jim affiliated with the Naval Reserve Center in Oshkosh, Wisconsin. Jim retired on his birthday, April 7, 2001 after 20 years of active service at the rank of Full Commander.

In 1966, Jim entered the “Family Business” with his Dad, “Abe” who owned and operated Taylor Cheese Corp. in Weyauwega. In 1974, Taylor Cheese became part of the Churny Co. Inc. and with Jim at the helm of their Wisconsin Division. By 1980, Churny Co. Inc. became one of the largest producers and distributors in the US of specialty cheese. Jim’s major accomplishment in the cheese industry was having the first USDA certified smoke house for cheese in the United States. Going back to his roots in 1983, Jim left Churny Co. and re-booted Taylor Cheese on Mill Street in Weyauwega, where it still operates today. A Wisconsin State licensed Cheese Grader, Jim was passionate about the cheese industry and would always want to know what was going on at Taylor Cheese long after he was not actively involved in the business.

Jim’s “desire to serve” was strong and went on to contribute to his community. Joining the Weyauwega-Fremont Lions Club in 1983, Jim was active in all the clubs activities until his health did not allow it. He served as secretary of the club for over 25 years. He also earned the prestigious Melvin Jones Award from the Lion’s Club International for his humanitarian services in 2013. Jim also served on the Weyauwega-Fremont School Board for over a decade resigning in 2002. For 3 of those years Jim was the Board President, dedicating many of his hours to the service of the community.

Jim loved to hunt and fish, spending many hours with his closest friends during those times. He had a passion for trains that included collecting railroad memorabilia from the golden age of train travel, including having his own caboose in his backyard. His Mother’s family have cabins on Long Lake in Phillips that Jim loved to spend time at from his early days as a “young boy,” to his later years as an “old boy,” until he could no longer travel due to his health. He could not wait until the cabins were opened in the spring and for the next spring to come again the following year.

Jim was preceded in death by his parents, Abe and Phyllis Taylor, the love of his life, Marilyn and his Weyauwega family, Jill (Ehrenberg) Parsons.

To all that knew him, Jim had a heart of gold and a wonderful warming smile that was admirable. His unique sense of humor made everyone he touched smile and laugh, even when his health was failing him.

A special thanks to Laurie Kettlewell of Waupaca, for assisting him for the past 8 years through his waning health.

A Christian Funeral for Jim will be held at the Cline Hanson Dahlke Funeral Home, 200 South Mill Street Weyauwega on Saturday March 31, 2018 beginning at 12:30PM. Rev. Robert Gurgel will officiate. Family and Friends may pay their condolences beginning at 9:30AM at the funeral home until the time of the service.

In lieu of flowers, please consider a memorial in which the family can distribute to Jim’s favorite charities.

To order memorial trees or send flowers to the family in memory of James A. Taylor, please visit our flower store.