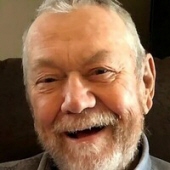 James Alton Billington, age 79, of Weyauwega, passed away Monday, June 7, 2021, at his home surrounded by his loved ones. He was born on March 3, 1942, in Weyauwega, son of the late Alton and Dorothy (Holcombe) Billington. He was a proud U.S. Marine veteran, Semper Fi. On September 8, 1962, he married Patricia Ann Hudson. Together they raised 3 children, Shelley, Wesley, and James. They were also blessed with 6 grandchildren and 5 great-grandchildren.

Jim worked for most of his life in the plastic industry where he made many lifelong friends. He retired from Badger Plastics in Plover. In his retirement years, he enjoyed hunting, fishing, gardening and spending time with his family. His grandchildren and great-grandchildren brought him much joy.

Jim was a great outdoorsman. He loved going to North Dakota duck hunting, where he hunted with his family and best hunting buddies. He enjoyed fishing on the Wolf River and always looked forward to heading West to deer camp in the fall as well. Jim was quick-witted and always had great stories to tell, which brought smiles and laughs to many.

Jim had a passion for softball and volunteered endless hours to the development of the Weyauwega softball league, making substantial improvements to the ballpark, organizing and working the concession stand to raise funding for the field, and prepping the field before nearly every game. He was also an umpire. He will be remembered as one of the best softball players on the league and known as a home run hitter. He also played hardball for the Weyauwega City league for many years. He made every effort to attend as many sporting events for his grandchildren, which brought him much Joy. His favorite team was the Brewers and he rarely missed a game.

Jim was a member of the First Presbyterian Church, Weyauwega.

He was preceded in death by his parents; Alton and Dorothy, his brothers Harold (Davene), Richard (Eunice), his nephew Brad Billington, and grandson Gunner Billington.

The memorial service for Jim will be held on Saturday, June 12, 2021, at 11:00 a.m. at First Presbyterian Church in Weyauwega with Rev. Cheryl Weaver officiating. A gathering of family and friends will be held at the church on Saturday from 9:00 a.m. until the time of the service. Full Military Honors will be held immediately following the service.

The family would like to thank the Fresenius Kidney Care Team, where he received dialysis for many years, and the Theda Care Hospice Team of Waupaca for the care they all provided.

First Presbyterian Church -Weyauwega
To order memorial trees or send flowers to the family in memory of James A. Billington, please visit our flower store.