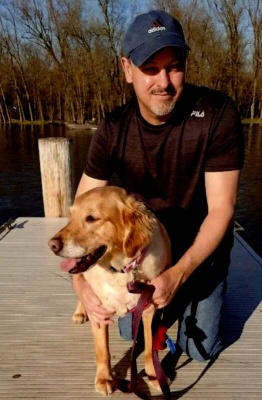 Harry Glenn Deets, 65, was born January 8, 1957 and entered into the presence of his Savior, Jesus Christ, on April 10, 2022. Harry loved the Lord with all his heart, mind, and strength, and made it his life mission to “be a light for Christ.” A self-described “goof off,” Harry used his warped sense of humor, as well as his genuine love and curiosity for others’ experiences in order to build connections with anyone he met. Harry spent most of his life in service to others as a Licensed Clinical Social Worker. Harry was particularly passionate about using his skills and expertise to heal and strengthen marriages and families.

Harry spent his early years in Elmhurst, IL, where he graduated from York High School. Harry attended Moody Bible Institute, and completed a brief stint as a missionary in Africa, before pursuing studies to become a psychotherapist. He earned his B.A. from Trinity College and his MSW Degree from Loyola University. Harry also completed a number of professional certifications, including those for marriage and family therapy and EMDR trauma treatment.
While working at Sheridan Healthcare Center during his graduate studies, Harry met and later married the love of his life, Deb.

Harry and Deb had a perfectly imperfect relationship. Upon first meeting Harry and Deb, one would wonder how the two could be together, but after spending time with them, it was hard to picture them apart. Not only did Harry marry Deb, but he also took on the role of father to “the little red head,” Jimmy. Shortly after marrying, Harry and Deb moved to Weyauwega, WI to raise their three children, Jimmy, Melissa, and Matthew. Harry and Deb complemented each other’s strengths, with Harry managing day-to-day practicalities, and Deb providing Harry with constant comfort. Deb fulfilled this role for Harry through his final moments, walking and talking him to his eternal home.

In addition to being a dedicated husband, Harry was also the best father and Papa to his children and grandchildren. Harry enjoyed sharing life lessons and providing valuable experiences for his children. He and Deb routinely made cross country road trips with their children. Harry loved the outdoors, especially camping and hiking in the woods. It was these experiences his children treasure most, because of the bonds developed, life lessons learned, and memories made. Harry had a unique way of turning the mundane acts of life into significant moments, even if just a conversation on a walk. Harry made it a point to share his passions with his children and grandchildren, most notably his furry, lovable (puppet) friend Grover, Gospel music and Hymns of the Christian faith. Harry is most appreciated by his grandchildren for his silly antics, stories, and videos.

Harry loved pulling pranks and he could always be counted on to make you laugh or smile. It is worth noting, Harry derived as much pleasure from the time and effort he placed concocting his outlandish schemes as he did watching his jokes unfold. Equally important to him was his keen interest in getting to know others, ensuring they felt safe and welcomed, and being able to provide support and guidance to those around him. In the final months of his life, Harry felt great comfort in hearing stories of how he inspired, encouraged, and blessed those with whom he interacted. In his words, this affirmed, “People see Jesus in me.”

In his efforts to be a light and a guide to others, Harry always looked for ways to learn and grow. Significant periods of his time were spent reading devotions, books and articles on personal growth, as well as listening to podcasts and other media in order to develop insights and goals for how he could better himself. Harry was always open to what he could learn through his life experiences, especially the important lessons God taught him through his trials. In spite of battling Leukemia, he regularly shared over the last year of his life how he had “a good year overall,” noting how it gave him time to reflect and gain insights, ultimately considering this time a “gift from God.”

Harry was preceded in death by his parents Wardan and Mary Deets, his brothers Wardan, Johnny, and Richard. He is survived by his beloved wife of 38 years, Deb, as well as their children Jimmy (Edna) May, Melissa (Matt) Hautala, and Matthew (Jenn) Deets; his sister Sharon (Nolan) Swift; brother Tim Deets; precious Golden Retriever, Maddie, and numerous nieces and nephews. Harry’s legacy also lives on through his grandchildren: Austin and Autumn, Israella, Olivia, Islah, Irena, Ilias, and great-grandchild, Cianna.

A visitation for Harry will be held on Friday, April 22, 2022 from 4:00 – 7:00 pm at the Cline-Hanson-Dahlke Life Celebration Center in Weyauwega, WI. A Celebration of Life service will be held on Saturday, April 23 at First Presbyterian Church in Weyauwega, WI at 11:00 am with Reverends Mark and Cheryl Weaver officiating. A visitation will take place at the church from 9:30 – 10:45 am prior to the service. The burial service for close friends and family will take place at Green Ridge Cemetery in Kenosha, WI at 12:00 pm on Monday, April 25. The family respectfully requests those who wish to show their respects wear casual attire and a baseball hat. In lieu of flowers, the family also requests donations be considered for Leukemia and Lymphoma Society, World Vision International or Compassion International.
To order memorial trees or send flowers to the family in memory of Harry G. Deets, please visit our flower store.