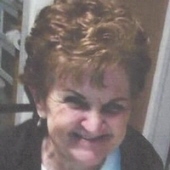 Age 67, of Weyauwega, formerly of Manawa, was called home to her Lord and Savior on Saturday, October 22, 2016, surrounded by her loving family. Grace was born on December 13, 1948, in Waupaca, daughter of the late John and Mary (Eastman) Lozier. On October 31, 1972, she was united in marriage to Leroy Stiebs. He preceded her in death in 2012. Together they owned and operated L.C. Stiebs and Sons, a family owned produce business. She also worked at Weyauwega Health Care Center as a housekeeper, and she also enjoyed spending time with the residents, they became her second family. Grace and Leroy enjoyed their random Sunday drives. Grace loved being outside working in her flower garden, but her greatest joy in life was spending time with her family, especially her grandchildren and great-grandchildren.

Besides her parents and husband, she was preceded in death by a daughter Cynthia Lozier, son Lee Stiebs and a brother William Lozier, also brothers-in-law and sisters-in-law.

The funeral service for Grace will be held on Thursday, October 27, 2016 at 11:00 a.m. at the Cline-Hanson-Dahlke Funeral Home in Manawa with Rev. Roger Nielsen officiating. Burial will be in Little Wolf Cemetery in the Town of Little Wolf. A visitation will be held at the funeral home on Thursday from 9:00 a.m. until the time of the service.

To order memorial trees or send flowers to the family in memory of Grace M. Stiebs, please visit our flower store.