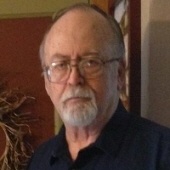 Gerald Lee Kennedy, age 80, of Weyauwega, went to his heavenly home on Monday, June 10, 2019 at Theda Care Hospital in Appleton. He was born on August 10, 1938, in Des Moines, Iowa, son of the late Craig and Bernita (Keating) Kennedy. Jerry graduated from West Division High School in Milwaukee in 1956. Following high school, he proudly served his country in the U.S. Air Force. On January 17, 1959, he was united in marriage to Joanne Rasmussen in Wichita Falls, Texas. Jerry was a machinist at Evinrude Motors in Milwaukee for over 40 years. He enjoyed hunting, fishing and boating, but he was happiest when he could spend time with his family. He was a member of First Presbyterian Church in Weyauwega.

He is survived by his wife of 60 years, Joanne; children: Robert and Nina (Fahser) Kennedy and their children: Craig Kennedy and special friend Krystal Kenke, Nicole (David) Hess and great-grandson Logan Kennedy; Kathy (Rick) Turner and their daughter Mykayla Turner; two brothers: Robert (Karyl) Kennedy and Dennis Kennedy; a sister-in-law: Diane Nelson. He is further survived by nieces, nephews, other relatives and friends.

Besides his parents, he was preceded in death by his father-in-law and mother-in-law: William Grim and Pearl (Claussen); also an infant brother Ronald James Kennedy.

A memorial service for Jerry will be held on Friday, June 21, 2019 at 11:00 a.m. at the First Presbyterian Church in Weyauwega with Sheri Reindl officiating. Burial will be in the Wisconsin Veteran's Cemetery in King. A gathering of family and friends will take place on Friday at the church from 9:00 a.m. until the time of the service. In lieu of flowers, donations can be made to First Presbyterian Church.

A special thank you to the staff at Theda Care Hospital in Appleton for their wonderful care and concern of Jerry.