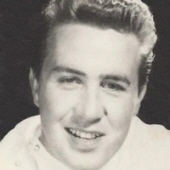 Gerald Kenneth Preuss, age 79, of Iola, died on Thursday, October 12, 2017 at U.W. Hospital in Madison. He was born on May 24, 1938 in Manawa, son of the late Paul and Ruth (Sprenger) Preuss. Jerry was a 1956 graduate of Little Wolf High School in Manawa. He served in the Army National Guard in Ft. Lewis, Washington during the Berlin Crisis. Jerry went to Barber School and was a barber with businesses in Sheboygan, Oshkosh, Montello, and the last 25 years in Marion. He loved deer hunting and fishing and all the pets he took care of over the years especially his dogs Buddy and Little Girl.

Besides his parents, he was preceded in death by a sister Mary Jane Rineck; grandparents: Charlie (Ella) Sprenger and Julius (Amelia) Preuss.

A memorial service for Jerry will be held on Saturday, October 28, 2017, at 4:00 p.m. at the Cline-Hanson-Dahlke Funeral Home in Manawa with Rev. Vilas Mazemke officiating. A gathering of family and friends will be held at the funeral home on Saturday from 2:00 p.m. until the time of the service.

A special thank you to unit B 4/5, his dedicated LVAD team, and all the doctors and nurses at UW Hospital in Madison for their care and concern of Jerry.

To order memorial trees or send flowers to the family in memory of Gerald 'Jerry' Preuss, please visit our flower store.