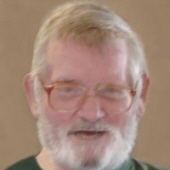 Age 82, of Weyauwega, went to his heavenly home on Tuesday, February 6, 2018 at Crossroads Care Center in Weyauwega. He was born in Milwaukee on July 11, 1935, son of the late Harold and Leona Hildebrandt. On June 5, 1972, he was united in marriage to Patricia Miller at Trinity Lutheran Church in Kaukauna. She preceded him in death in 2005. Jerry was an elementary grade school teacher. He taught for 14 years at St. Paul Lutheran in Kankakee, Illinois. He then finished his teaching career at St. Peter Lutheran School in Weyauwega where he taught for 18 years. He was a member of St. Peter Ev. Lutheran Church in Weyauwega.

He was preceded in death by his parents and wife, also a brother-in-law Ronald Miller.

To order memorial trees or send flowers to the family in memory of Gerald 'Jerry' Hildebrandt, please visit our flower store.