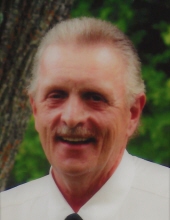 He was born in Milwaukee on June 6th 1957, son of the late James and Jane (Durrant) Severson.

Fred married the love of his life, Candy (Miller) Severson on July 1st 1988 in Waupaca. Fred enjoyed target practicing with his brothers Jim, Dave, Mark, and nephew Brad. He also loved afternoon rides on his motorcycle and also benefit rides. Fred loved to play pranks, especially on his favorite neighbors Chris and Cindy Prinsen. Fred was always ready to help anyone that needed it. He was always there with a helping hand.

He was preceded in death by his parents, sister Sandy Severson, nephew Cory Severson, and niece Robyn Hansen.

Per Fred’s wishes, there will be no funeral. A private family event will be held at a later date.

To order memorial trees or send flowers to the family in memory of Frederick George Severson, please visit our flower store.