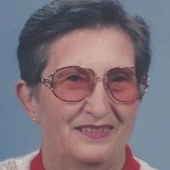 Florence E. Oehlke, age 93, of Waupun, formerly of Weyauwega, went to her heavenly home on Sunday, January 22, 2017. She was born on April 5, 1923, in the Town of Royalton, daughter of the late Ed and Bertha (Thiel) Fenske. She attended White Lake School for 6 years and then transferred to St. Peter Lutheran School in Weyauwega for the 7th and 8th grade. She then graduated from high school in 1940. She earned her teaching degree from the Waushara County Teachers College in 1942. On June 20, 1943, she was united in marriage to Elmer Oehlke. He preceded her in death in 2011. Florence and Elmer lived on a farm in the Town of Lind. They moved to Weyauwega in 1950. She went back to school at U.W. Oshkosh on weekends and summer to get her Bachelor Degree in education, and went back to teaching full time in 1958. She continued her education and received another degree in Art in 1965. She was responsible for starting the K-12 Art Department in the Weyauwega School District. She retired from teaching in 1985 after teaching for 28 ½ years. Florence loved to dance, and along with Elmer, were part of the dance club in Weyauwega. She was very active in the Historical Society in Weyauwega and loved to bowl rolling several 600 series. She was a member of St. Peter Ev. Lutheran Church in Weyauwega.

Besides her parents and husband, she was preceded in death by 2 brothers and 1 sister that all died at birth; brothers-in-law and sisters-in-law: Marvin (Elna) Timm and Milo (Ruth) Koutsky; a son-in-law Richard Grau and other aunts and uncles.

The Christian Funeral service for Florence will be held on Saturday, January 28, 2017 at 11:00 a.m. at St. Peter Ev. Lutheran Church in Weyauwega with Rev. Dennis Lemke and Rev. Newlin Schafer officiating. Burial will be in Oakwood Cemetery in Weyauwega. A visitation for Florence will be held on Saturday at the church from 9:30 a.m. until the time of service. Donations can be made to St. Peter Lutheran’s Building on The Rock program.

To order memorial trees or send flowers to the family in memory of Florence E. Oehlke, please visit our flower store.