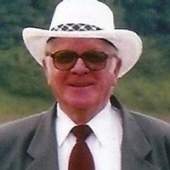 Age 87, of Royalton, passed away on Thursday, October 29, 2015 at Crossroads in Waupaca. He was born on June 22, 1928 in the Town of Royalton, son of the late Edward and Myrtle (Poehlman) Redmann. Eugene was raised on the family farm in the Town of Royalton. He drove truck for various companies for over 35 years, lastly with Schneider National in the Tanker Division. He enjoyed model airplanes, model trains, and also enjoyed flying his ultra light. Eugene was baptized as one of Jehovah's Witnesses. He is survived by a son Eugene Phillip (Tracy) Redmann, New London; 5 grandchildren: Taren Redmann ( and special friend Ben), Tyler (Crystal) Redmann, Lindsay (Jake) Buttles, Paige Redmann, Travis Redmann; also 8 great-grandchildren; 2 sisters: Carol (Frank) Sek, McHenry, IL; Valeria (James) Johnston, Wisconsin Rapids. He is further survived by cousins, nieces, nephews, other relatives and friends. He was preceded in death by his parents and a sister Gloria. A memorial service for Eugene will be held on Tuesday, November 3, 2015 at 11:00 a.m. at the Cline-Hanson-Dahlke Funeral Home in Weyauwega with Alfred Ellison officiating. A gathering of family and friends will take place from 9:30 a.m. on Tuesday at the funeral home until the time of the service.

To order memorial trees or send flowers to the family in memory of Eugene Redmann, please visit our flower store.