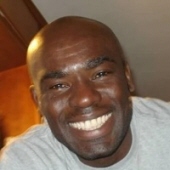 Eric K. Seka, age 44, of Manawa, went to his heavenly home on Thursday, August 29, 2019, at ThedaCare Regional Medical Center in Appleton. He was born on November 5, 1974, in Abidjan, Ivory Coast, son of the late Pascal and Florine (Yapi) Seka. Eric graduated from Protestant High School in Abidjan in 1993. He continued his schooling at Ecole Superieur de Commerce et Marketing (Technical College) from 1993-1997 and earned a degree in Marketing Research. He worked for various companies, saving his money and wanting to further his education, he came to the United States in July 2001. Eric graduated from Texas Weslyn in 2005 with a BA in Business Administration. He then received his Master’s Degree in Science and International Economics in 2008 from Baylor University. He met Jill Bonikowske from Manawa online in 2008; they married on June 11, 2010, in Missouri. He became an instant father to Kaden Bonikowske and their dog, Phineas; Jill and Eric had a daughter, Kensley, who was born in 2012. Eric worked for Resource One International, LLC in Little Chute from 2011-2019 as a production planner and recently started working at Midwest Specialty Products in April of 2019 until his cancer returned and was unable to work. He loved soccer and enjoyed coaching both Kaden and Kensley’s teams. Eric loved to write and even published a book, Love Never Fails in 2013. He enjoyed playing the guitar and shared this talent with his church family. Eric was very family oriented and had a strong faith. He was a member of St. Paul Lutheran Church in Manawa.

He was preceded in death by his parents, maternal grandfather, and paternal grandparents.

The funeral service for Eric will be held on Tuesday, September 3, 2019, at 11:30 a.m. at St. Paul Lutheran Church in Manawa with Rev. Nathan Reichle officiating. Burial will be in Union Cemetery in Symco. A visitation for Eric will be held on Monday, September 2, 2019, from 2-5 p.m. at the Cline-Hanson-Dahlke Funeral Home in Manawa, and also on Tuesday at the church from 10:00 a.m. until the time of the service. In lieu of flowers, a memorial fund has been established.

The family would like to thank the staff at ThedaCare Regional Medical Center of Appleton and Froedtert Hospital for their care and concern of Eric and his family.