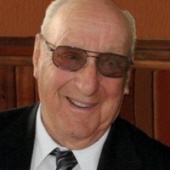 Edward Paul Hahn, age 91 of Waupaca, passed away on Thursday, January 3, 2019 at his residence. Edward was born on July 18, 1927 in Sugar Bush, son of the late Paul and Ida (Niemuth) Hahn. Edward was baptized with his twin sister at Grace Lutheran Church on August 7, 1927 and they were confirmed in 1941. He attended Washington High School in New London for the 2 years. The family then moved to a farm in Waupaca Township in 1943. Edward graduated from Weyauwega High School in 1945. On June 13, 1948 he was united in marriage to Dorothy Buchholtz at St. Peter Ev. Lutheran Church in Weyauwega. Edward was diagnosed with polio on October 7, 1950 and was isolated for 5 weeks at St. Elizabeth Hospital in Appleton. After much pain and therapy, he had to learn to walk again. Edward has lived with a painful handicap all his life. He was always very patient and never complained about his disability. Edward had to give up farming in 1976. In 1980, Edward and Dorothy became foster parents until 2010. Edward enjoyed helping others reach their goals while enduring their disabilities. Edward loved the outdoors in the summer and enjoyed gardening. He was always grateful to the many friends that took him along fishing. Edward served on the church council and financial secretary for a number of years. His family was very important to him and he always wanted his sons to go to college and graduate.

The Christian Funeral for Edward will be held at 11:00 a.m. on Saturday, January 12, 2019 at St. Peter Ev. Lutheran Church in Weyauwega with Rev. Aaron Kristopeit officiating. Visitation will take place at the church on Saturday from 9:00 a.m. until the time of the service. Burial will be in Oakwood Cemetery in Weyauwega.

In lieu of flowers, memorials can be made to: Building on the Rock or St. Peter Ev. Lutheran Church.

The family would like to thank everyone who helped with Edward’s care.