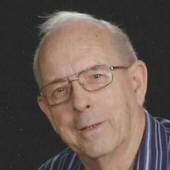 Age 78, of Weyauwega, died peacefully on Saturday, November 4, 2017 at his residence. He was born on May 14, 1939 in Seneca, Wisconsin, son of the late Edward and Ethel (Sterling) Ostrander. On July 14, 1956, he was united in marriage to Elaine O'Connell. Don owned his own business in construction for many years. He was also a cheese-maker. In retirement, he drove bus for the handicap. He enjoyed fishing, hunting, but especially enjoyed being with his family. He was a member of Ss. Peter & Paul Catholic Church in Weyauwega.

He was preceded in death by his parents, a brother, sister, and a daughter Denita Taber.

To order memorial trees or send flowers to the family in memory of Donald R. Ostrander, please visit our flower store.