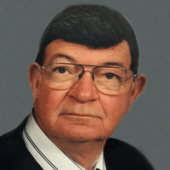 Donald R. Bauer, formally of Pocahontas, IL, and Weyauwega, WI, passed away peacefully at the Wisconsin Veterans Home in King, WI. Don had been at the Veterans home since 2012, where he was well cared for. Don married his wife Joyce on September 11, 1957. They shared a lot together and had two children, daughter Pat Schultz, from Richmond, VA; and son Rob from Clintonville, WI. Don was an auto mechanic in his early part of his life working for Keeten’s Standard service for 16years. Then he decided to do something different and started working for his uncle Ed Bauer as a traveling fur buyer. He carved out his route into Wisconsin, Michigan, and Minnesota. While on his travels and meeting new people he was convinced to move to Wisconsin and start his own fur business. So in June of 1976, he packed up his family and moved to Wisconsin. Built his own fur business for the winter months and in the spring and summer, he sold produce and went to trapper’s conventions. Don was a dreamer and loved to come up with new gimmicks to sell at the State Trappers conventions. From selling trapping supplies to buckets and wildlife pictures, and his last gig was cooking and selling french-fries. He was a man with great imagination and he would never surprise you with what he would come up with next. In 2007, he decided to give it up and retire. Don and Joyce worked hard their whole lives and never gave up on anything. They sold their business and moved to an apartment in Weyauwega. In 2012 Don went to the Veterans home to get the deserved care that he needed that Joyce couldn’t do for him any longer. For the longest time, Joyce would go see him every day and spend time with him and bring him treats. He loved treats!! Don and Joyce were married for 61 years. Like all people, there were good and bad times, but they pulled through it and never gave up. In the end, they truly loved each other and knew the Lord. He will be truly missed and never forgotten. Until we meet again!!
Don is survived by his daughter Pat Schultz, of Richmond Virginia; son Robert (Judie) Bauer of Clintonville, WI; two grandchildren Ryne Schulz of Phoenix, AZ; and Zach Bauer, of Neenah, WI. He is further survived by many cousins, nieces and nephews, and friends along the way.
Don is preceded in death by his wife Joyce; his father Carl C. Bauer; his mother Waldina; and his sister Joyce (Donald) Stoecklin.
The funeral service for Don will be held on Saturday, February 15, 2020, at 11:00 a.m. at Young Funeral Home (118 E. College Ave.) in Greenville, Illinois. A visitation for family and friends will be held at the funeral home on Saturday from 9:00 a.m. until the time of the service. Burial will be in Maxey Cemetery in Smithboro, Illinois.