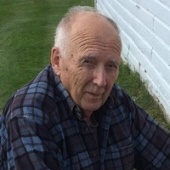 Donald O. Kneisler, age 84, of Waupaca, passed away peacefully Monday, April 1, 2019 at his home with his wife at his side. Don was born in Chicago, IL, son the late Otto and Erna (Quasny) Kneisler. He married his wife Claire Inman on his 20th birthday, November 12, 1954. He worked for Republic Steel when he first graduated from high school. His trucking days started with Pepperidge Farm and then Willett Trucking. Don moved his family up to Waupaca in 1967 and drove back and forth every weekend until he was able to start a job with Dusheks of Waupaca and move here full-time in 1969. Don retired from Transtar in 1996.

He is survived by his wife Claire; his children, Robin (Gary Grancorbitz) Loehrke, Donald W. Kneisler, Steve (Dawn) Kneisler, Michael (Kelly) Kneisler, Laurie (Brian) Knutzen, Susan Kneisler. There are 14 grandchildren and their families which include 16 great-grandchildren and one on the way. He is further survived by nieces, nephews, other relatives and friends.

He was preceded in death by his parents, in-laws Uwe and Marie Johansson; brother, Roger Kneisler; brothers-in-laws and sisters-in-law; and a stillborn granddaughter, Claire Marie Allenstern.

The funeral service for Don will be held on Saturday, April 6, 2019 at 11:00 am at the Cline-Hanson-Dahlke Funeral Home in Weyauwega with Rev. John Kenowski officiating. Burial will be in Lind Center Cemetery, Town of Lind. A visitation for Don will be held Saturday morning at the funeral home from 9:00 am until the time of the service.

A special thank you to Heartland Hospice and Karin and her team of incredible care-givers for their wonderful care and concern of Don.

Cline-Hanson-Dahlke -Weyauwega
To order memorial trees or send flowers to the family in memory of Donald O. Kneisler, please visit our flower store.