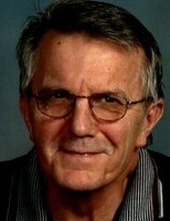 Donald Lee Riske, age 74, of Manawa, passed away on Monday, September 13, 2021. Don was born on February 13, 1947, son of the late Leonard and Hildegarde (Yordi) Riske. He graduated from Little Wolf High School in Manawa and went on to proudly serve his country in the U.S. Navy. Don was a recipient of the Bronze Star and Purple Heart while serving in Vietnam. He was united in marriage to Sharon Desens on July 11, 1970. He was a member of the Symco Volunteer Fire Department and Manawa Fire and Rescue; a founding member of the Symco Sno-Snoopers Snowmobile Club, a member of the Harley Classic Riders, and a lifetime member of the Union Threshermen’s Club. Don also owned Dandy Don’s Lakeview Drive-In. He enjoyed riding his Harley and watching his family participate in the antique tractor pulls.

A memorial service for Don will be held on Saturday, October 16, 2021 at 11:00 a.m. at St. Mark Lutheran Church in Symco with Rev. Jeffrey Smiles officiating. Burial will be in Little Creek Cemetery, Town of Little Wolf. A gathering of family and friends will be held at the church on Saturday from 9:00 a.m. until the time of the service. In lieu of flowers, memorials may be made to the Manawa DAV Chapter 53.

Don would like to thank all his Vietnam buddies for their many years of support.

To order memorial trees or send flowers to the family in memory of Donald L. Riske, please visit our flower store.