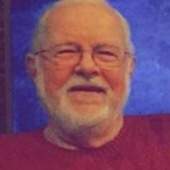 Donald “Fuzzy” E. Planz Sr., age 81, of Weyauwega, passed away on Wednesday, May 10, 2017 at St. Elizabeth Hospital in Appleton. He was born on October 18, 1935 in Chicago, Illinois, son of the late Earl and Henrietta (Adamski) Planz. On August 9, 1991, he was united in marriage to Betty Peters in Iola. She preceded him in death on October 28, 2016. Don was a jack of all trades and specialized in being a “people person” salesman. He was a member of Ss. Peter & Paul Catholic Church in Weyauwega and also the Knights of Columbus. Don was the owner /operator of Elidon Company where he and his wife Betty “Spider” would travel across the United States selling industrial equipment. Don loved his family and friends and had a passion for helping others. He was involved in many charitable church functions such as the Giving Tree and the Weyauwega Summerfest. Don loved fishing, hunting, camp fires with ice cream, cookies and milk, and tinkering with any house hold projects.

Besides his parents and wife, he was preceded in death by a son Donald Planz Jr. and daughter Kim Mazur.

A Funeral Mass for Don will be held on Monday, May 15, 2017 at 11:00 a.m. at Ss. Peter & Paul Catholic Church in Weyauwega with Fr. Xavier Santiago officiating. A visitation for Don will be held at the church on Monday from 9:00 a.m. until the time of the service. In lieu of flowers, a memorial fund has been established for the Donald Planz family.

To order memorial trees or send flowers to the family in memory of Donald 'Fuzzy' Planz Sr., please visit our flower store.