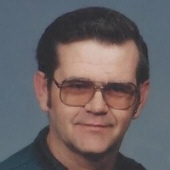 Donald C. Nicholson, age 67, of Manawa, went to his heavenly home on Wednesday, May 16, 2018. He was born on October 22, 1950 in New London, son of the late Donald and Shirley Nicholson. On September 23, 1978 he married Joan Miller. They later divorced. Don was a truck driver for many years until his poor health forced his retirement in 1999. He had been a resident at the Manawa Community Nursing Center since 2003. When his health was good he enjoyed being in the outdoors with his son Scott and his friend Ralph Jensen hunting and fishing. He also enjoyed bowling, and following the Packers and Brewers. He was a member of St. Paul Lutheran Church in Manawa. He is survived by his children: Scott Nicholson; Tonya Durrant; sister: Lori Voigt; and also nieces, nephews, cousins, his former wife Joan, other relatives and friends. Besides his parents, he was preceded in death by a brother-in-law William Voigt. The funeral service for Don will be held on Monday, May 21, 2018 at 11:30 a.m. at St. Paul Lutheran Church in Manawa with Rev. Nathan Reichle officiating. Burial will be in Union Cemetery, Symco. A visitation for Don will be held at the church on Monday from 10:30 a.m. until the time of the service. A special thanks to the staff at the Manawa Community Nursing Center for their wonderful care of Don, Vicki Bartelt for all her help and concern, and also Pastor Nathan Reichle for his visits and prayers.