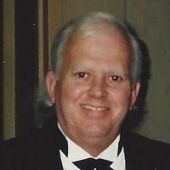 Age 74, of Manawa, died on Saturday, October 7, 2017 at Iola Living Assistance. He was born on January 10, 1943 in Neenah, son of the late Archie and Viola (Jenks) Koerner. Dennis graduated from St. Mary’s High School in Menasha. Following high school, he went into the family business Menasha Sport Shop which later became Midway Archery. He was in the business for nearly 40 years. Dennis was an avid outdoorsman and enjoyed his hunting trips, especially the one with Fred Bear. He also enjoyed fishing and was an avid Packer and Brewer fan. He especially loved spending time with his family and friends. He spent many days with his friends Dick and Gwynn Schroeder, Todd Vaughan, and hunting with Kevin Handrich.

Besides his parents, he was preceded in death by a grandson Devin Julius, and best friend Gene Kuchenbecker.

To order memorial trees or send flowers to the family in memory of Dennis A. Koerner, please visit our flower store.