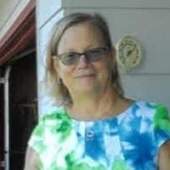 Deborah Ann Nolan, age 60, of Manawa, died unexpectedly and joined her husband on Tuesday, January 3, 2017. Debby was born in New London, on July 29, 1956, the daughter of Howard and Kathryn (Gorman) Frederick. On June 25, 1977, Debby married her husband, Daniel Nolan in New London and was blessed with three wonderful children and six grandchildren. Debby was a gentle, kind soul, who lived to serve her community, church, and family. Debby was extremely active in the Manawa community and she served on various committees and in many positions. She was an active member on the Manawa walking trail committee. Debby served her Manawa community on the city council and also as mayor for one term. She also took pride in helping to organize and run the Holiday Fair. Debby also served her church and Lord by counting money and tending to the parish plants and flowers. Debby’s greatest commitment was to her family. She adored her grandchildren and enjoyed spending as much time with them as she could. She loved taking walks, painting nails, baking cookies, and zooming trains with each of them. Debby graduated from New London High School in 1974 and served as a waitress at Sommer’s Place, where she met her husband Dan and then worked at Tradewinds. Debby returned to school receiving her Associates Degree from Fox Valley Technical College. Thereafter she accepted a position at Kolbe Windows in Manawa. Debby enjoyed working at Black Otter in Hortonville and enjoyed her hobby of gardening, while working at Crosscut Solutions in Manawa.

She was preceded in death by her husband Dan and her father Howard Frederick.

A Mass of Christian Burial will be held on Monday, January 9, 2017 at 11AM at Sacred Heart Church, Manawa with Fr. Xavier Santiago officiating. Burial will be in the parish cemetery. A visitation for Debby will be held on Sunday, January 8th from 12 Noon-3PM at the Cline Hanson Dahlke Funeral Home, Manawa and also at the church on Monday from 10:00 a.m. until the time of service.

To order memorial trees or send flowers to the family in memory of Deborah Ann Nolan, please visit our flower store.