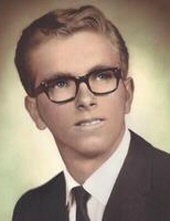 Daryle E. Handrich, age 69, of Amherst, formerly of Manawa, passed away on Wednesday, December 30, 2020 at Theda Care Hospital in Waupaca. He was born in New London on June 29, 1951 to William and Rosemary (Ross) Handrich Jr. Daryle graduated from Little Wolf High School in 1969. He worked construction for many years until his retirement in 2013.

A private memorial service will be held for Daryle at St. Mark Lutheran Church in Symco with Rev. Jeffrey Smiles officiating. Burial will be in Union Cemetery in the Town of Union.

To order memorial trees or send flowers to the family in memory of Daryle E. Handrich, please visit our flower store.