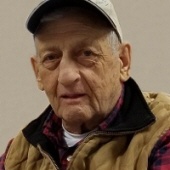 Conrad was born in the Town of Little Black on December 11, 1932, one of nine children of Leo and Margaret (nee Ebert) Baumer. As a youngster, he attended Victory School, and upon graduation he worked for various farmers in the neighborhood, then other occupations as he grew older. At the age of seventeen he enlisted in the United States Army, and began serving in Korea in December of 1950, at the beginning of the Korean War. He was wounded in March of 1951, and was awarded a Purple Heart. After his discharge in July of 1953, he studied auto mechanics under the GI Bill and moved to Manawa to become employed at the Ford Garage. During the next several years he was employed at various garages in the Clintonville and New London area.

Conrad married the former Henrietta Gehrke on August 27, 1955. After residing in the City of Manawa for several years, they moved to a home in the Town of Little Wolf.

Conrad began his business career by building an alignment shop, naming the business “Connie’s Alignment.” In 1968 he expanded his business by starting a Polaris Snowmobile dealership, and followed that in 1974, by acquiring the Harley Davidson Motorcycle dealership and eventually acquiring the Suzuki Motorcycle franchise. As a result of the success of “Connie’s” businesses, he and his wife enjoyed all-expense paid trips to Monte Carlo, Hawaii, the Bahamas, Reno and Las Vegas, Nevada, Chicago, IL and Wisconsin Dells, WI.

“Connie” loved riding motorcycles, and, along with several other enthusiasts, formed the “Connie’s 74 Riders” motorcycle club. He and some of the other members made trips to the Black Hills, South Dakota, New Orleans, LA and the Harley Davidson plant in Pennsylvania, in addition to various sightseeing trips in Wisconsin. They began policing parades, and were especially proud to have the duty of crowd control for the Mid-Western rodeo parade in Manawa. He was an avid hunter of raccoons, fox, coyotes and bear. Having four daughters, it just made sense that he sponsor a women’s softball team, named “Connie’s Harley Davidson."

As retirement approached, he was able to sell his dealerships, and in February of 2018, ill health forced him to become a resident of the Wisconsin Veterans Home at King, Wisconsin. On Tuesday, August 27th, Conrad & Henrietta celebrated their 64th wedding anniversary by sitting in chairs in the Vets Home courtyard, eating a dessert, sharing a Cherry Pepsi and watching the boats traveling on the waters between Taylor Lake and Rainbow Lake. Later that evening his ill health became worse and the following morning he began suffering more and more, putting up a courageous fight, until it finally overcame him early in the morning of the 29th.

He was preceded in death by a daughter and son-in-law, Rebecca and Robert Pierce, his mother and father, brothers Leon and Dennis, and sisters Sylvia Blasel, Rosalie Meyer, Carmella Wocelka, Marlene Baumer, Elizabeth Sackman and Valerie Baumer. Also father & mother in-law, and a number of brothers in-law and sisters-in-law.

The funeral service with military honors will be held on Saturday, September 7, 2019, at 11:00 a.m. at the main chapel on the grounds of the Veterans Home at King, Wisconsin, with Chaplain Wayne Schwanke officiating. A visitation for Conrad will be held on Friday evening September 6th, at the Cline-Hanson-Dahlke Funeral Home in Manawa, from 4:00 to 7:00 p.m. and also on Saturday at the chapel from 10:00 a.m. until the time of the service. In lieu of flowers, a memorial fund will be established.

We are grateful to the caring staff at Ainsworth Hall, especially Barb, who were his “family” during the last chapter of his life.