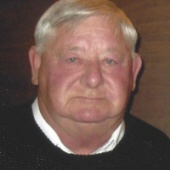 Clyde A. Schuelke, age 77, passed away on Sunday, June 21, 2020 at ThedaCare Regional Medical Center-Neenah. Clyde was born on November 8, 1942 in the Town of Union, son of the late Arnold and Gladys (Mundt) Schuelke. Clyde served his country in the US Army from 1961- 1964. On April 29, 1967, he was united in marriage to Beverly Bublitz. The two of them lived in the Cedarburg and Jackson areas for 15 years eventually moving to Symco in 1982. Clyde enjoyed spending time with his grandchildren, especially watching his grandsons clean fish, sitting in his man cave reading and cutting vegetables and fruits up for Bev in the shed!

A private family service will be held.

To order memorial trees or send flowers to the family in memory of Clyde A. Schuelke, please visit our flower store.