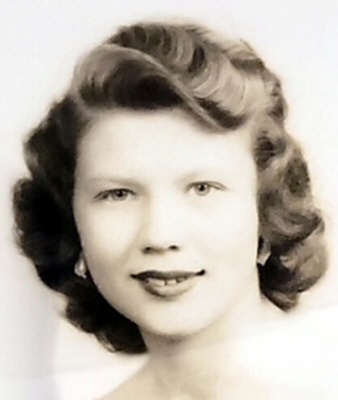 Our “simply marvelous” (her trademark expression) Mom left for her heavenly adventure on April 13, 2022, due to the physical toll of congestive heart failure. Mom was born on February 28, 1933, in Chicago, IL, the only child of Jack and Marie Inman. Upon graduating from high school, Mom worked for the FBI in Washington, DC, for a short period of time, and then put in a year of nursing training before marrying our Dad, Donald Kneisler, on November 12, 1954.

Mom wanted a baker’s dozen, but settled for six children in seven years. She always said having us was her greatest joy. Throughout the years, Mom worked as a secretary for the Weyauwega Elementary School; had her own upholstery business; and worked along side Dad as his secretary in the trucking business at Dushek Trucking/Transtar.

Our family cannot thank the staff at Bethany Pines enough for the loving care, concern and support they provided to Mom for the three years, exactly, (Mom was a numbers girl) she spent with them, arriving just two weeks after Dad passed on April 13, 2019. As a family, we witnessed sincere care and concern for Mom, and we are eternally grateful. We would also like to thank Heartland Hospice for their care in her final days.

Per Mom’s wishes, a private burial service will be held.

1 Corinthians 2:9: “But as it is written, eye hath not seen, nor ear heard, neither have entered into the heart of man, the things which God hath prepared for them that love him.”
To order memorial trees or send flowers to the family in memory of Claire I Kneisler, please visit our flower store.