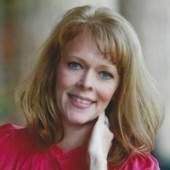 Christina “Christie” Marie Nachtrab, age 42, of Manawa, found peace on Tuesday, November 21, 2017, after a courageous battle with cancer. She was born on February 12, 1975, in New London, daughter of Harlan (Janet) Linjer and Verna Linjer. Christie graduated from Little Wolf High School in Manawa in 1993, and the University of Eau Claire in 1997. On April 12, 2008, she was united in marriage to Ronald Nachtrab in Manawa. Christie was a loving and caring wife to Ron. Christie’s most precious achievement was being a Mom. She adored her kids and that is what gave her the strength to fight in her cancer battle. She taught them to be respectful, responsible, and thoughtful. Values that they can use throughout their lives. Christie was a successful and dedicated business woman. She gave tirelessly as a mentor and helped many people around the world find their own financial freedom. Christie is remembered for her many fun antics, wisdom, and amazing spirit for life. Christie had a dream of working alongside Ron. She focused hard and made it a reality. They were the perfect team. Christie also enjoyed camping, fishing, and music. Camping was the families way of making memories and enjoying time together. She is survived by her husband Ronald; children: Sophie, Trace and Lane; parents: Harlan (Janet) Linjer and Verna Linjer; brother: Eric (Robin) Linjer; step brother and step-sisters: Ryan Handschke, Stacy (Dan) Dennison, Shauna (Jake) Timm; father-in-law and mother-in-law: Leslie and Phyllis Nachtrab: sisters-in-law Kathy (Blair) Sawall, Lisa Nachtrab, Vicki (Dan) Klemp. Christie is further survived by aunts, uncles, cousins, nieces, nephews, friends. Extended Amazon Family. No Plan B. She was preceded in death by her maternal grandparents and her paternal grandparents, also an aunt and a brother-in-law. A Celebration of Christie’s Life will be held at Cedar Springs Golf Course (E7005 Cedar Springs Road) in Manawa on Wednesday, November 29, 2017 from 4-8 p.m.

To order memorial trees or send flowers to the family in memory of Christina 'Christie' Nachtrab, please visit our flower store.