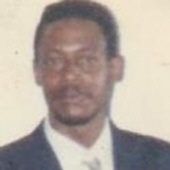 Age 56, of Manawa, passed away on Sunday, November 1, 2015 at Lakeview Manor in Weyauwega. He was born on May 21, 1959, in Mississippi, son of Charles E. Nash and Claudia Rimmer. On March 12, 1999 he was united in marriage to Tammy Plautz in Waupaca. Charles moved to Wisconsin when he was 15. He worked a variety of jobs until he was no longer able to because of poor health. He enjoyed fishing and watching cooking shows. He is survived by his wife, Tammy; mother: Claudia Rimmer; 2 children: Tabitha Nash and Charles R. Nash. He is further survived by a niece, great nieces and great nephews, other relatives and friends. He was preceded in death by his father Charles E. Nash, and a sister Claudia Nash. The funeral service for Charles will be held on Thursday, November 5, 2015 at 1p.m. at the Cline-Hanson-Dahlke Funeral Home in Manawa with Rev. Jeffrey Smiles officiating. Burial will be in Little Wolf Cemetery, Town of Little Wolf. A visitation for Charles will be held on Thursday at the funeral home from 11:00 a.m. until the time of the service. In lieu of flowers, memorials are preferred.

To order memorial trees or send flowers to the family in memory of Charles Nash, please visit our flower store.