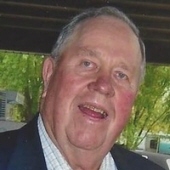 Charles “Charlie” E. Kurth, age 84, of Weyauwega, went to his heavenly home on Tuesday, September 5, 2017 at Crossroads in Weyauwega. He was born on October 21, 1932, in the Town of Muskego, son of the late Charles and Magdalina (Baas) Kurth. Following high school Charlie served his country in the U.S. Army during the Korean Conflict. On January 19, 1957, he was united in marriage to Bernice “Bonnie” Scott. She preceded him in death in 2002. Charlie was a letter carrier for the U.S. Postal Service in Waupaca and Weyauwega for over 30 years. He enjoyed spending a lot of time on the lake fishing. Charlie also enjoyed hunting and gardening. He was a member of St. Peter Ev. Lutheran Church in Weyauwega.

Besides his parents and wife, he was preceded in death by his siblings: Gerald, Norma, Wallace, Mary and Paula.

A memorial service for Charlie will be held on Monday, September 11, 2017 at 11:30 a.m. at St. Peter Ev. Lutheran Church in Weyauwega with Rev. Dennis Lemke officiating. Burial will be in Oakwood Cemetery in Weyauwega. A gathering of family and friends will be held at the church on Monday from 10:00 a.m. until the time of the service.

To order memorial trees or send flowers to the family in memory of Charles 'Charlie' Kurth, please visit our flower store.