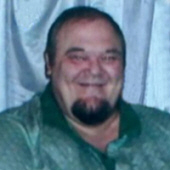 Charles Raymond Wieters “Charlie - Big C” passed away at home, at the age of 62, on Thursday, March 5, 2020. Charles, son of Mary Johanna and Clarence Wieters, was born on June 24, 1957, in Rockford, IL. He moved to the Weyauwega area in 1969, where he met the love his life Janet Ponto in 1974. Charles and Janet were married on March 20, 1975, in Dexter, MO., and graduated together in May of 1975 from Weyauwega Fremont High School where they began to build their lives together. Charlie became a father on July 28, 1975, with the birth of his daughter Janelle. Charlie was very active in the Weyauwega Community and with various groups including Ducks Unlimited. He enjoyed hunting, fishing, bowling, trapshooting, and being a member of Weyauwega Braves Baseball. He also participated in pool, dart and various other leagues, and clubs within the community. Charlie was employed by Saputo Cheese in New London, WI as a cheese maker and lab technician. He prided himself in being a State Fair award winning cheese maker. Charlie loved spending time with his family, friends and always made sure life was fun. He especially enjoyed making numerous Easter baskets each year and never disappointed a trick or treater.

Charlie was preceded in death by his parents and sister Dawn Wieters.

To know Charlie was to love him and he is and will be deeply missed.

A gathering of family and friends to celebrate “Big C's” life will be held on Monday, March 9, 2020 from 3-7p.m. at the Cline-Hanson-Dahlke Funeral Home in Weyauwega.