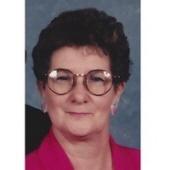 Carlien Marie Holliday, Iola, formerly of Manawa, died on Friday, April 19, 2019, at the Manawa Community Nursing Center. She was born on October 22, 1933 in Shawano, daughter of the late Harry and Larena (Bartlett) Schreiber. Carlien graduated from Shawano High School. She worked as a CNA for over 30 years. She also worked at Sturms Foods in Manawa for many years. Carlien enjoyed snowmobiling, arts and crafts, tending bar and baking.

Private family services will be held for Carlien, but a public gathering of family and friends, to celebrate her life, will be held at the Cline-Hanson-Dahlke Funeral Home in Manawa on Wednesday, April 24, 2019 from 1-3 p.m.

Cline-Hanson-Dahlke -Manawa
To order memorial trees or send flowers to the family in memory of Carlien Marie Holliday, please visit our flower store.