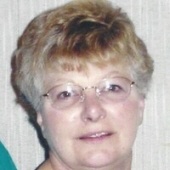 Brenda Biadasz (Downs), Seymour, formerly of Manawa and Marion passed away on Tuesday May 4th, 2021 due to many health complications. She was born in Victoria, Texas on July 5th, 1949 to Hilton Downs and Lillian (Downs) Reese. In 1962 her family moved to Weyauwega, where she graduated high school.

On May 11th, 1974 she was united in marriage to Jim Biadasz. They were married for 46 years until his passing on March 6th, 2018. In 1980, they took over Jim’s family’s dairy farm. Besides farming with Jim, she also worked at the Manawa Elementary School as a teachers/nurses aide. In 2000, they sold the farm and moved to Marion where she was employed at the Marion Quick Mart. In 2013, they moved to Seymour. During this time she developed heart problems and retired. During their marriage they loved to take vacations, traveling on Jim’s Harley with friends, going out to the Sturgis Rally and visiting Niagara Falls.

Per Brenda's wishes, there will be no services.

A special thank you goes to Joe (Amber) Lider and her neighbors Chris, Chuck, Tony (Nicole),

Roger (Jen), and Dallas (Lisa) for always checking on her. Also, Jason and his family for all the hard work they did for her.

Special thanks to Compassus Hospice for their outstanding care of Brenda, especially Robin and Jessie.

To order memorial trees or send flowers to the family in memory of Brenda Biadasz, please visit our flower store.