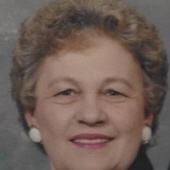 Age 83, of the Town of Waupaca, went to her heavenly home on Wednesday, March 16, 2016 at Bethany Home in Waupaca with her son Terry at her side. She was born on June 4, 1932, daughter of the late Dean and Esther (Hedtke) Vaughan. On December 29, 1951, she was united in marriage to Richard J. Mykel at Trinity Lutheran Church in Waupaca. He preceded her in death on September 9, 2014. Beverly and Richard were Cub Scout Leaders for many years in Neenah with Cub Pack 91 and 191. She was also a member of the Business Professional Women's Club of the Twin Cities for 8 years. Beverly loved to play cards, crafting, watching her humming birds, can, cook, especially her chili. She was a member of Zion Lutheran Church in Manawa.

She was preceded in death by her husband and parents; siblings: Lois, Frank, Bert, Clifford; also sisters-in-law and brothers-in-law.

The memorial service for Beverly will be held on Saturday, March 19, 2016 at 11:00 a.m. at the Cline-Hanson-Dahlke Funeral Home in Weyauwega with Rev. Thomas Theama officiating. Burial will be in Oakwood Cemetery in Weyauwega. A gathering of family and friends will be held at the funeral home on Saturday from 9:00 a.m. until the time of the service.

A special thank you to Dr. Ellen Wenberg, and also Rena and the staff at Bethany Home, for their care and concern of Beverly.

To order memorial trees or send flowers to the family in memory of Beverly Mykel, please visit our flower store.