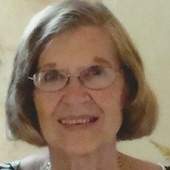 Barbara Sue Forsythe, age 79, of Manawa, the eldest daughter of Erwin and Edna (Prellwitz) Klemm, was born on January 14, 1937, in Bear Creek. She enjoyed spending time with a large family which grew to include: William (Harriett) Klemm, Roland (Jan) Klemm, Rev. Keith (Kathy Mortensen) Klemm, Sherry (Dan) Pomeroy, Cynthia (Mark) Levezow and many nieces and nephews.
Barbara passed away peacefully into eternity on Thursday, February 11, 2016, where she was reunited with her son David Robert, father Casey, mother Edna, brother Keith, sister Sherry, brother-in-law Mark and grandchildren Nicholas and Amy. She is survived by her husband Gene Forsythe, Manawa; David (Kay Anderson) Forsythe, Scandinavia; Michelle (George) Waggoner, Almond; Ray (Karen) Forsythe, Henderson, NV. She is also survived by grandchildren: John Waggoner, Jessica and Jon DeBore, Sarah Forsythe, Kathryn Forsythe, and great-granddaughter Paisley; also nieces, nephews, cousins, other relatives and friends.
Barbara was devoted to her husband Gene for 60 years. In their early marriage, they traveled extensively due to Gene’s Air Force career. Although they lived in Spain and France, as well as many states in the United States, she always looked forward to coming home to Manawa, her family and friends. Barbara was an avid reader, enjoyed the bright sunshine, card club, and doing things for others. She was an active member of Zion Lutheran Church in Manawa, where she taught Sunday school, sang in the choir, and attended Bible study.
The funeral for Barbara will be held on Wednesday, February 17, 2016 at 11:00 a.m. at Zion Lutheran Church in Manawa with Rev. Tom Theama officiating. Burial will be in Little Wolf Cemetery, Town of Little Wolf. A visitation for Barbara will be held at the church on Wednesday from 9:00 a.m. until the time of the service. A memorial fund has been established.
Although her smile and gentle ways will be deeply missed, we rejoice in the fact that she had a deep faith, was assured of God’s love and is now living in paradise.

To order memorial trees or send flowers to the family in memory of Barbara Sue Forsythe, please visit our flower store.