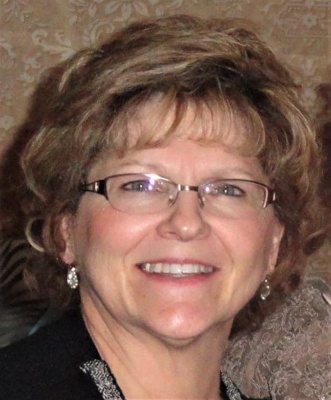 Barbara Jean (nee Hass) Lowney, age 65 of Manawa, passed away on Tuesday, December 14, 2021 at ThedaCare Regional Medical Center in Appleton. She was born on September 6, 1956 in New London, WI to the late Albert and Charlotte (Witzke) Hass, Jr. She was baptized and confirmed at St. Paul Lutheran Church, Manawa. Barb received her education at St. Paul Lutheran School and Little Wolf High School, graduating with the class of 1974. While in high school, Barb played numerous sports: basketball, volleyball, softball and track. She was a cheerleader and belonged to several clubs: mile club, snowmobile club, FHA, chorus and one-act plays. She was also on the 1972 Homecoming Court as a junior.

Barb met her soulmate, Gerald Lowney, in high school and on July 20, 1974 they were wed at St. Paul Lutheran Church, Manawa. They made their home in the town of Little Wolf. During the summer, Barb belonged to several softball leagues playing women’s softball and couples softball. Growing up on the family farm gave Barb a strong work ethic which carried over to her full-time jobs at Manawa Community Nursing Center, Presto Products, Walmart and Sturm Foods, sometimes working two jobs at one time. Barb was a homemaker, always had a vegetable garden and loved her flowers, enjoyed canning and her dooms-day prepping. She was the family photographer and loved pictures, along with her genealogy, which she spent countless hours doing. She also loved attending her children and grandchildren’s events which were very important to her and she held her family very close to her heart.

Per Barb’s wishes, a private funeral service will be held with Rev. Nathan Reichle officiating.

The family would like to extend a special thank you to the hospital staff of the 8th and 2nd floors at ThedaCare Medical Center -Appleton for their concern and care of Barb. Memorials and cards may be sent to Gerry Lowney c/o Cline-Hanson-Dahlke Funeral & Cremation Care, PO Box 290, Manawa, WI 54949.
To order memorial trees or send flowers to the family in memory of Barbara Jean Lowney, please visit our flower store.