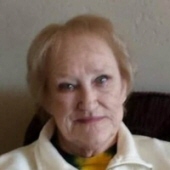 Barbara Carol Ploetz (nee Harju), 77, of Waupaca, Wisconsin, passed away surrounded by family on July 23, 2020. Barb was born in Wakefield, Michigan to Veronica Pucilowski (Minkin) and Sam Harju on February 28, 1943. She graduated from AD Johnston High School in Bessemer, Michigan. She married Eugene Sands and they had six children together; they later divorced. Barb married her best friend James Ploetz on September 7, 1985 in Weyauwega, Wisconsin, and would have celebrated 35 years of marriage this fall. Barb enjoyed working with the elderly and was trained as a young adult to work at Skyview Nursing Home in Hurley; and later, after obtaining her Occupational Therapy degree from Fox Valley Technical College in Appleton, served as the Activity Director at the Manawa Community Nursing Center for many years. Barb and Jim also operated a resort in Mercer, Wisconsin, for several years.

Barb is preceded in death by an infant daughter Terri; and her parents.

The family of Barb wishes to extend our sincere thanks to Dr. Rathjen, ThedaCare at Home Hospice, and Father Matthew Rappl with St. Peter & Paul Catholic Church, Weyauwega. Memorials can be directed to ThedaCare Hospice Foundation at 1818 N. Meade St., Appleton, WI 54911.

A private prayer service and celebration of Barb’s life will be held for family and friends on Saturday, July 25, 2020.

Cline-Hanson Dahlke will be assisting the family with arrangements.

To order memorial trees or send flowers to the family in memory of Barbara Carol Ploetz, please visit our flower store.