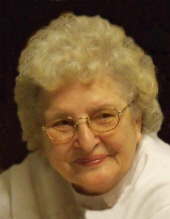 Arlene "Pat" Korotka of Milwaukee / Manawa, at age 86 went to her heavenly home on Friday August 30, 2019. She was born January 11, 1933, in Franklin on her Grandpa's farm, daughter of the late Herbert and Esther (Manske) Schultz. On November 11, 1950, she was united in marriage to Robert “Bob” Korotka in Milwaukee. Among her jobs she worked at St. Francis Hospital as an aid, as a unit clerk at St. Lukes Hospital and as a tax preparer at Lord's Tax Service. She was skilled in many crafts that she enjoyed, painting, wood working, sewing, crocheting, cake baking/decorating, candy making, stamping, and card making. She also enjoyed gardening, hunting, fishing, playing cards and bingo.

She is preceded in death by beloved husband Robert, son Michael, sister Doris and brothers Glenn and Robert "Bobby".