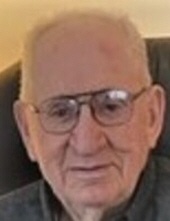 Age 95, of Weyauwega passed away Monday, May 24, 2021 at his residence. He was born on December
6, 1925 in Birnamwood, WI, son of the late John and Elisabeth Resch. He was an Army veteran. On May 8,
1948 he married Clara Chrudimsky. She preceded him in death in 1965. On June 17, 1967 he married
Frieda Wilson. In his early years Tony loved to haul Christmas trees to Chicago. Tony started his career
as a farmer in Wausau. He owned and operated the Midway Bar and Resch Sand & Gravel, in
Weyauwega, WI. He served on the county board of supervisors.

In 1975, Tony and Frieda moved to Alaska where Tony worked for the Teamsters Local 959 on the
Alaskan Pipeline. He loved talking about his ice road trucking days. They moved back to Wisconsin in
1986. He received the honor of the Fourth Degree of the Knights of Columbus. He was a member of the
American Legion and St Peter and Paul Catholic Church. Tony enjoyed travel, playing cards, watching
the Brewers and Packers. His favorite pastime was spending time with family and friends.

The Christian Funeral Mass for Tony will be held at 11:00 am on Thursday, May 27, 2021 at Ss Peter & Paul Catholic Church in Weyauwega with Fr. Xavier Santiago officiating. Burial will be in Oakwood Cemetery, Weyauwega. A visitation will be held at the church on Thursday from 9:00 - 10:45 am.

The family would like to thank Theda Care Hospice team and Mary for the exceptional care provided to
our Dad.