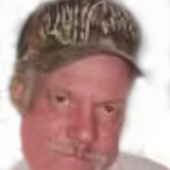 Steven Lloyd Schimke, age 65 of New London, formerly of Manawa, passed away at the Manawa Community Living Center on Sunday, Nov. 1, 2020 from Covid-19. Steve was born in Iola on October 24, 1955 to Lloyd and Irene (Peterson) Schimke. He graduated from Little Wolf High School in 1974. He lived most of his life in Manawa, working for Sturm Foods until his diabetes forced him into early retirement. The last few years, Steve and his wife, have lived in New London. Steve was a resident of Bethany Home, then moved to Manawa Nursing Home in September 2019.
Steve is survived by his wife, Alane; children, Mindy (Shannon) Schimke and Dusty (Tiffany) Schimke; grandchildren, Anessa Schimke, Haley & Grace Schimke and siblings, Sue (Jim) Krause, Jay (Kathy) Schimke and Lee Schimke. He is further survived by nephews, other relatives and friends.
He was preceded in death by his parents, Lloyd & Irene Schimke and sister, Lori Schimke.
Since diabetes took his eyesight and also one leg, he had many challenges. He learned to listen to the old westerns on ME TV, and also old sitcoms from the 60's and 70's.
When he was still at home, he enjoyed feeding the birds, squirrels and any other animals that would wander up to his feeders.
A celebration of Steve's life will be held at a later date.

To order memorial trees or send flowers to the family in memory of Steven L. Schimke, please visit our flower store.