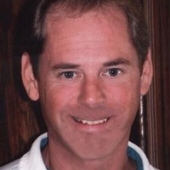 Roy D. Sindelar entered eternal life on October 20, 2012, at Mercy Medical Center in Oshkosh. He was born August 31, 1967, in Chicago IL. He moved to Fremont Wisconsin with his parents in 1973 and graduated from the Weyauwega-Fremont High School in 1985. After High School in went back to Illinois to be an Apprentice in the Union to learn the Ceramic, Marble Terrazzo and Building Trades. Eventually he moved back to Wisconsin to be close to his family and friends and then worked in the flooring industry for various Union shops. During his child hood Roy loved his big wheel, dirt bikes and his snowmobile. Roy joined the Webfooter's Water Ski Show in Fremont and his daring adventurous nature led him to be a part of the barefoot ski group and the team that went over the jump. He has many trophies including a 1st place one for a snowmobile race on Lake Poygan. Roy loved Nascar Racing and his favorite driver was Dale Earnhardt therefore he was devastated when Dale died. His parents gave him a long time dream to drive a real Nascar which he did drive in Charlotte North Carolina at the Richard Petty Driving Experience of a Lifetime. Roy is survived and sadly missed by his parents, Larry & Diane Sindelar, Fremont- his sister AnneMarie Wichman, Menasha - his brother, Mark Sindelar, Long Beach, his nephews, Justin(Emily) Wichman, Eau Claire, Nathan Wichman, Menasha, his Grandmothers, many Aunts, Uncles and cousins. He is further missed by his 10 year friend, Sue and her son Tony. Also because of his wonderful personality and generous nature Roy will be missed by many, many true and faithful friends. Roy loved animals especially his two dogs, Homer and Skipper who preceded him in death along with his grandparents, James and Corrine Jungman, Ken Sindelar, Wade Henderson and his Uncle Jim Jungman. A Funeral Mass for Roy will be held at 11:00 AM on Friday, October 26, 2012, at the Most Precious Blood Catholic Church in New London with Fr. Arul Joseph officiating. Burial will be in the parish cemetery. A visitation for Roy will be held on Thursday, October 25 from 4-8 PM at the Cline- Hanson- Dahlke Funeral Home in Weyauwega and then at Most Precious Blood Church, New London from 9:30 AM on Friday, October 26 until the time of Mass. Roy's Family would like to thank the staff of Mercy Medical Center for all the expert care of him and how they maintained his health and dignity. We will never forget how wonderfully we were treated but a special gigantic "Thank You" to the entire ICU staff. Memorials may be made to Fox Valley Humane Society. To our son: We will have a hole in our hearts forever but we know and feel consolation that the pain is now over and you will be in heaven talking with your idol Dale, and your grandparents and Uncle Jim.

To order memorial trees or send flowers to the family in memory of Roy D. Sindelar, please visit our flower store.