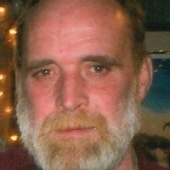 Robert Dale McCarville, age 58, passed away unexpectedly on Tuesday June 17, 2014. Robert was born on February 23, 1956 in Williston, North Dakota, the son of Richard McCarville and Elisabeth (Remsburg) McCarville. In 1974, Bob graduated from Manawa High School. Soon after he enlisted in the United States Marine Corp. While stationed at Paris Island, SC. he met and married Lynne Brown, the mother of his two children. They were divorced in 1985. "Mac" was a proud member of Ironworkers Local #8. He enjoyed the outdoors while fishing and hunting, along with reading, collecting coins and tackling crossword puzzles. In the 90's he met the love of his life, Linda Pherigo. Bob and Linda loved to entertain many friends and family at their home in Manawa. Sadly she preceded him in death in 2008. He was also preceded in death by Dick and Betty McCarville and twin sisters Karen and Lois. He is survived by his daughter Elyssa (Jimmy) Spicer and their children Connor and Wyatt of Hinesville, GA. He is also survived by his son Matthew (Jennifer) and their children Tristin, Kaylynn, Zayden, Alanna, Keira of Lake Ariel, PA. He will be greatly missed by his sisters and brothers Kathleen (Pat) Murphy, Iola; Janet Beardsley (Rocky Fox), Manawa; Terese, Waupaca; Patricia, Neenah; and Sharon Hussy (Jenny Hunt) Milwaukee; Francis, Manawa; and his twin brother Richard, Neenah as well as several nieces and nephews. HOORAH TO YOU DAD!!! A graveside service for Robert will be held on Monday, June 23, 2014 at 1:00 p.m. at Wisconsin Veteran's Cemetery in King with Full Military Honors.

To order memorial trees or send flowers to the family in memory of Robert Dale McCarville, please visit our flower store.