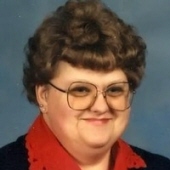 Age 55, of Weyauwega, passed away on Wednesday, March 25, 2009, at Bethany Home in Waupaca. She was born on January 13, 1954, in Waupaca, daughter of Elmer and Kathryn (Anklam) Howe. Patricia graduated from Weyauwega-Fremont High School in 1972. She worked as a nurses aid at Lakeview Manor in Weyauwega and also the Weyauwega Health Care Center, Home Health Agency, and then as a janitor at the Waupaca Foundry. She was a member of Trinity Lutheran Church in Waupaca where she taught Sunday school for over twenty years. She enjoyed beaded artwork, crocheting, and listening to country music. She is survived by her mother: Kathryn Howe; a brother: Jerry (Lori) Brickey; a sister: Barbara (Dennis) Durrant, all of Weyauwega. She is further survived by nieces, nephews, other relatives and friends. She was preceded in death by her father, Elmer and a dear friend Bill Breitzman. The funeral service for Patricia will be held at 1 p.m. on Tuesday, March 31, 2009, at Trinity Lutheran Church, 206 E. Badger Street, Waupaca WI, with Rev. Dr. Charles Tews officiating. Burial will be in Oakwood Cemetery, Weyauwega. Friends may call directly at the church on Tuesday from 11 a.m. until the time of the service.

To order memorial trees or send flowers to the family in memory of Patricia Sue Howe, please visit our flower store.