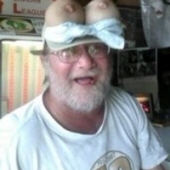 Martin A. Haire, age 58 of Weyauwega, died unexpectedly at his residence on Friday, April 3, 2015. Martin was born on July 30, 1956, in Waupaca, Wisconsin, son of Kenneth and Betty (Davidson) Haire. He graduated from Weyauwega High School in 1974. Following his graduation he served in the U.S. Navy on the aircraft carrier U.S.S. Saratoga based out of Jacksonville, Florida. Marty was employed by Appleton Medical Center for the past 30 years as a maintenance manager. Marty was known for his sense of humor, making people laugh, and his extended kindness. He will be terribly missed by his family and friends. Marty is survived by his parents, Kenneth and Betty; children, Trez Haire and Lacey (Julian) Murray; grandchildren, Zaden and Aerianna Haire; as well as other family and friends. He is preceded in death by his brothers, Bruce and Mark. A private family service will be held.

To order memorial trees or send flowers to the family in memory of Martin A. Haire, please visit our flower store.