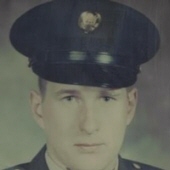 Age 62, of Weyauwega, passed away on Sunday, January 26, 2014 at Appleton Medical Center. He was born on September 2, 1951 in New London, son of the late Lester and Irene (Roland) Fietzer. Leon graduated from New London High School in 1969. He proudly served his country in the U.S. Army. He worked at Neenah Foundry for 10 years, until he bought Fietzer's Livestock Trucking, working for over 30 years until poor health forced his retirement in December of 2013. He also worked for the Town of Mukwa as a Constable for the past 13 years. Leon was an avid outdoorsman, enjoying hunting and fishing. He is survived by his children: LuAnn Fietzer, Weyauwega; Leon Jr, (Angela) Fietzer, Manawa; 2 grandsons: Levi and Mason; siblings: Lynn (Orin) Zirbel, Manawa; Lyle Fietzer and special friend Sherry, New London; Lois (Steve) Cunningham, New London; Lew Fietzer, Weyauwega; Lana (Jerry) Simonis, Manawa; Leo Fietzer and special friend Kelly, Manawa. He is further survived by an uncle Roger (Carolyn) Fietzer, Scandinavia; aunts: Carol Reinert, New London; Arlene Roland, New London; special friends: Bill Kanaman, Dick Stroesenruether and Harold Fielding; also many nieces, nephews, other relatives and friends. He was preceded in death by his parents, a brother Larry Fietzer, his grandparents and many aunts and uncles. The funeral service for Leon will be held on Saturday, February 1, 2014 at 10:30 a.m. at the Cline-Hanson-Dahlke Funeral Home in Manawa with Rev. Vilas Mazemke officiating. A visitation for Leon will be held on Friday, January 31, 2014 at the funeral home from 4-7 p.m. and on Saturday from 9:30 a.m. until the time of the service. In lieu of flowers, memorials are preferred.

To order memorial trees or send flowers to the family in memory of Leon Ray Fietzer Sr., please visit our flower store.