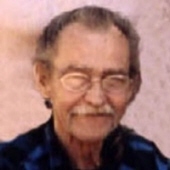 Age 65, of Weyauwega, passed away on Sunday, August 31, 2008. He was born on June 22, 1943 in Iola, son of the late Glen and Ethel (Wilcox) Dumbleton. On October 22, 1963 he married Sandra Bork. Jerry graduated from Weyauwega High School in 1962 where he was a cross country runner. He was active in the FFA. He worked construction and also at the Waupaca Foundry. Survivors include three daughters: Laura (Dean) Pankow, Weyauwega; Lynn (Randy) Buttles, Weyauwega; Lisa (Kelly) Weed, Iola; three sons: Jeff (Kathy) Dumbleton, James (Bridgitt) Dumbleton, Jason (Jodi) Dumbleton, all of Weyauwega; one brother: Larry (Joan) Dumbleton, Royalton; two sisters: Judith Schendel (Jerry's Twin), New London; Carol (Tom) Prahl, Weyauwega; 16 grandchildren and 6 great-grandchildren; 16 step-grandchildren; also many nieces, nephews and special friends Ray and Jack. Jerry's parents preceded him in death. The funeral service for Jerry will be held on Wednesday, September 3, 2008 at 11:00 a.m. at the Cline-Hanson-Dahlke Funeral Home in Weyauwega with Rev. Barry Hoerz officiating. Friends may call directly at the funeral home on Wednesday from 9:00 a.m. until the time of the service. In lieu of flowers a memorial fund has been established.

To order memorial trees or send flowers to the family in memory of Gerald 'Jerry' Glen Dumbleton, please visit our flower store.