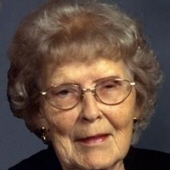 Age 84, Manawa, died October 4, 2008, at the Manawa Community Nursing Center. She was born September 28, 1924, at her family home in Royalton to the late William and Grace (Van Ornum) Smith. On September 1, 1945, she married Merlin Fahser, at St. Mark Lutheran Church in Symco. He preceded her in death April 4, 2008. Mrs. Fahser, along with her husband, owned and operated a dairy farm in the Symco area. Prior to her marriage, she worked at a physician's office in New London. She also worked at Implemann's Grocery Store in Symco and drove a school bus for the Manawa School District. During her retirement she helped her husband with his bicycle business. Mrs. Fahser was a member of St. Mark Lutheran Church in Symco. She enjoyed reading, fishing, playing cards, going to rummage sales, and spending time with her grandchildren and great grandson. Survivors include two daughters: Sharon (Mitchell) Zmuda, Antigo, and Barbara (Jim) Quinn, Manawa; five grandchildren: Tanya (Brook) Wright, Tara Zmuda, Amber Quinn, Adam Quinn (Ashley Spiegelberg, fiancé), and Aaron Quinn; a great grandson: Gabriel Wright; a sister: Ruth Rohloff; and nieces and nephews. In addition to her parents and husband, Mrs. Fahser was preceded in death by two brothers, Evan Smith and Gordon Smith; and a sister, Genevieve Haight. Services will be held at 11 a.m. on Wednesday, October 8, at Mark Lutheran Church, Symco. Rev. Jeffrey Smiles will officiate. Burial will be in the Little Creek Cemetery. Friends may call directly at the church on Wednesday from 9 a.m. until the time of the service.

To order memorial trees or send flowers to the family in memory of Doris Marie Fahser, please visit our flower store.