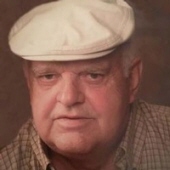 Dennis Edward Miller of Manawa, age 72, passed away unexpectedly at home February 18, 2017. He was born August 18, 1944 in Gary, Indiana to Carl and Vivian Miller (nee Vanaman). He grew up as one of five rambunctious boys born to Carl and Vivian and resided in the Waupaca area early in his life.

Dennis signed up for the army at a young age of 17. He was stationed in Germany during the Vietnam era and later served in the National Guard.

Dennis married DeAnn (nee Hilker) on May 29, 1976. Together they raised two children in Weyauwega. They resided back to Waupaca prior to moving to Manawa where Dennis thoroughly enjoyed the last two years, especially enjoying new found time with DeAnn upon her retirement in 2016.

Dennis had a passion for old cars and was a walking reference for years, makes, and models. He loved tinkering with his 1953 Ford Crown Victoria and in the last 2 years, his hard work and attention to detail turned it into a pristine piece of history. He had a heart of gold mixed with a wonderful sense of humor and a little bit of good-natured mischief. He truly loved people, and had a knack for striking up conversations and easily made friends out of complete strangers. He was always looking for the good in others. He appreciated a great joke or a witty comeback and he will always be remembered for his contagious laugh. The light of his life was his granddaughter Addison, they had a special bond and he loved watching her grow this last 10 years. He had his share of health issues over the years, and overcame each challenge thrown his way, even surprising himself sometimes. He spent many years driving truck until his retirement due to heart disease. If anyone ever needed directions or asked about distance or time between locations he would be sure to know.

He was preceded in death by daughter Denise Miller, brothers Larry Miller and Carl Miller, nephews Cory Miller and Randy Miller, and his mother Vivian and father Charles.

The funeral service for Dennis will be held at 11:30 am on Thursday, February 23rd at St. Paul Lutheran Church in Manawa with Rev. Nathan Reichle officiating. Visitation will be held at the church on Thursday from10:30 am. until the time of the service.

The family would like to thank the Manawa and Gold Cross ambulance teams and the ThedaCare New London ER staff for their care and support.

To order memorial trees or send flowers to the family in memory of Dennis E. Miller, please visit our flower store.