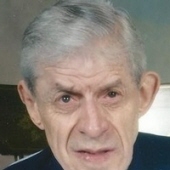 Age 82, died on Friday, December 9, 2011, at Pine Manor Health Care Center in Embarrass. He was born in Weyauwega, son of the late Emil and Emma (Raehl) Reek. He was a member of St. Peter Lutheran Church in Weyauwega. Dale was a resident of Pine Manor Health Care Center in Embarrass for the past 30 years. Survivors include a brother: Jerome (Suzanne) Reek, Bradenton, Florida; a sister: Gloria (Oswald) Prillwitz, Weyauwega; a niece and nephews: David (Tami) Prillwitz, Steven (Sue) Prillwitz, Tom (Stacy) Prillwitz, Jeffrey Reek, Scott Reek, Todd (Lori) Reek, Bart Reek, Tammy (Hugh) Brewer, and Brett (Bobbi) Reek. He was preceded in death by his parents. The Christian Funeral for Dale will be held on Monday, December 12, 2011, at 7:00 p.m. at the Cline-Hanson-Dahlke Funeral Home in Weyauwega with Rev. Dennis Lemke officiating. Burial will be in Oakwood Cemetery in Weyauwega. Friends may call directly at the funeral home on Monday from 6:00 p.m. until the time of the service. The family would like to thank the staff at Pine Manor Health Care Center for the wonderful care and compassion given to Dale.

To order memorial trees or send flowers to the family in memory of Dale Ralph Reek, please visit our flower store.